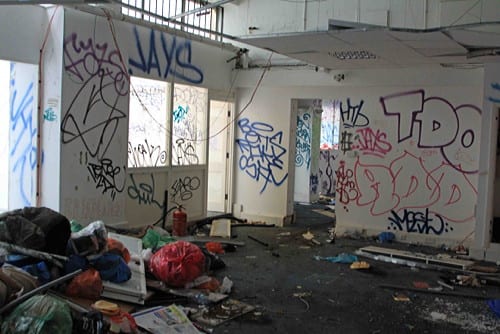 Squatting is often a problem that people think we used to have, after changes to squatters’ rights made squatting in empty residential properties illegal in 2012, and the numbers decreased. Before the Coronavirus pandemic, the most recent estimate put the number of squatters in the UK at 20,000.

However, squatting is a problem on the rise again, and the primary cause was the introduction of lockdown. The Office for Budget Responsibility (the OBR) has made a number of worrying statements since March, such as estimating the economy would shrink by as much as 35% in the second quarter of 2020, with the knock-on effect resulting in more than two million people expected to be unemployed.

Equally, the risk of more businesses closing and leaving vacant properties is heightened when you consider only 2% of businesses that applied for the Government’s Coronavirus Business Interruption Loan Scheme (CBILS) were successful.

Once companies begin to run out of money, commercial properties are bound to be left unattended and landlords will begin to feel the sting. This is because the entrepreneurs who rely on custom to keep the doors open are suffering from the COVID-19 crisis. Many big, reputable businesses on and off the high street have gone into administration as a result of the impacts of Coronavirus. Also, the self-employed, such as freelancers and construction workers, have seen their regular projects dry up as the demand for these services has diminished.

Supporting families while running a business is never straightforward, yet it’s simpler when people have the ability to source work to pay bills. Any of them that own shops, factories, or industrial units that require monthly mortgage payments will struggle to keep up with their contributions. Considering the percentage of people who are rejected by the furlough and self-employment schemes, they can’t rely on government assistance.

Supporting families while running a business is never straightforward but it’s always easier when people have the ability to source work to pay bills. Any that own shops, factories or industrial units that require monthly mortgage payments will struggle to keep up with their contributions. Considering the percentage of people who are rejected by the CBIL scheme they can’t rely on government assistance.

The Impact on Squatting Figures

The pattern is clear – the property sector is a ticking time bomb that is set to blow soon. Furloughed and self-employed workers have to choose between propping up their businesses or providing for their families, and the choice is obvious. As a result, rents will go unpaid and mortgage loans will be defaulted on.

Of course, this is only one side of the coin. As the rate in unemployment grows and combines with families being unable to clear their debts, more people will be left homeless. Although empty residential properties are no longer legal squatting opportunities – there is a maximum fine of £5,000 and a prison sentence of six months – commercial buildings are exempt from the legislation that was introduced on the 1st September 2012.

The ‘perfect storm’ between a rise in unoccupied commercial properties and homeless families has encouraged some social commentators to predict a massive surge in squatting. This is because people will be understandably desperate, and empty buildings are opportunities to take shelter.

Squatting during the lockdown has already increased since the homeless have needed to move off the streets to avoid criminal prosecution. Also, those who used to ‘sofa surf’ because they didn’t have a permanent address have resorted to squatting as a means of self-isolating.

How to Prevent Squatters

Although you are sympathetic to people who have to resort to squatting as a means to survive, you also know that it’s challenging to remove them once they are in. Tweaks to squatters’ rights may have been made, but several backbench MPs have been attempting to extend them since 2012 without any luck.

Thankfully, you can begin proceedings in the County Court to remove settlers from a commercial building. Technically, it’s a civil offence, which means you can’t call the police and ask them to remove squatters forcefully. Therefore, you have to hire a legal team to start a battle in the courts, that while often protracted, if successful.

However, the police can act if there’s evidence of criminal damage on the property, or if the squatters forced entry in the first place. The Environmental Protection Act 1990 is another layer of protection as it prohibits fly-tipping, i.e. not properly disposing of rubbish.

Unfortunately, the legal system isn’t always the best course of action as it can take time to secure a favourable verdict.

On March 27th the Government introduced a change to the policy for landlords repossessing property. The notice period (in the majority of cases) was extended to three months to the end of June. However, on June 8th this was again extended until August 23rd and may again be extended to six months in the future.

Never has it been so important to be proactive in preventing squatters from entering your property in the first place.

Experts and professionals who deal with squatting issues regularly recommend installing security doors and window screens, as well as reinforced locks and deadbolts. CCTV cameras should assist in identifying squatters, too. If the area is surrounded by land, you may want to consider gating off the entrance or laying concrete barrier blocks such as TVCB’s in order to prevent unauthorized vehicle access.

These deterrents are a small price to pay when dealing with squatters can cost owners thousands of pounds. 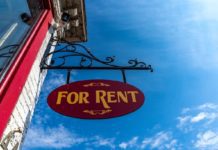 Knock, Knock! Give Your Doors a New Look Without Changing Them!